When making such Orders the court is obliged to consider whether periodical payments should be made only while the payee adjusts, without undue hardship, to the termination of their financial dependence on the payer.

When the parties are separated before their financial settlement is agreed a Maintenance Pending Suit Order may be made. This is financial provision before decree absolute or a decree of judicial separation is made.

The purpose of Spousal Periodical Payments
This is to provide maintenance for a party and may be used to assist in achieving a fair outcome on divorce, bearing in mind the principles of:
– needs – reasonable income and capital needs
– compensation – for loss one party suffered arising out of the relationship, e.g. giving up a lucrative career to care for the parties’ children
– sharing – parties respective disproportionate contributions during marriage being considered as equal

Duration of Spousal Periodical Payments Order?
There can be various triggering events when periodical payments cease such as re-marriage or subsequent civil partnership of the party in whose favour the Order is made.
Death – periodical payments cease on the death of either of the parties.
Can the payments be extended?
This may be done so long as there is not a bar in the Order preventing a party from making a future application.

Consideration must be given to the financial resources each party has or is likely to have in the foreseeable future including any increase in earning capacity that the court could reasonably expect a party to acquire. Regard must be had to:

A payee’s earning capacity is taken into account when quantifying Spousal Periodical Payments and regard to the payee’s age, qualifications and role in the marriage, whether the payee is the primary carer of children, length of time since payee was in a workplace, payee’s recent work experience and availability of suitable jobs for the payee would also be made.

Nominal Spousal Periodical Payments Order
This is designed to act as a safety net to allow for a future variation application should the circumstances of either party change. This is usually used where, for example the payer’s financial position might improve with a promotion at work, the payee’s financial position may deteriorate due to illness or redundancy, or the payer has artificially depressed their income for the purposes of proceedings and where there is a possibility that income will increase in the future. When making an application for upwards variation it must be shown that there has been a significant change in circumstances.

Varying Spousal Maintenance
An income fall justifies an application for a downward variation and similarly an income rise justifies an upward variation. At all times the appropriateness of a clean break should be considered.

If a Spousal Periodical Payments Order is made for several years or on a joint lives basis consideration of index linking should be made, i.e. the periodical payment will increase annually in line with the retail prices index. In some cases the consumer prices index is used and sometimes it might be appropriate for automatic variations to be made, i.e. payments will increase by the same percentage as the payers salary.

Should you wish to consult our Accredited Family Law Specialist for further advice please telephone us to arrange an appointment.

When should I update my will?

Writing a will is essential when thinking about the future, especially if you want to protect the interests of...

What should landlords know about the changes to Gas Safety Regulations?

In April 2018 the rules and regulations relating to gas safety records in England and Wales changed under the... 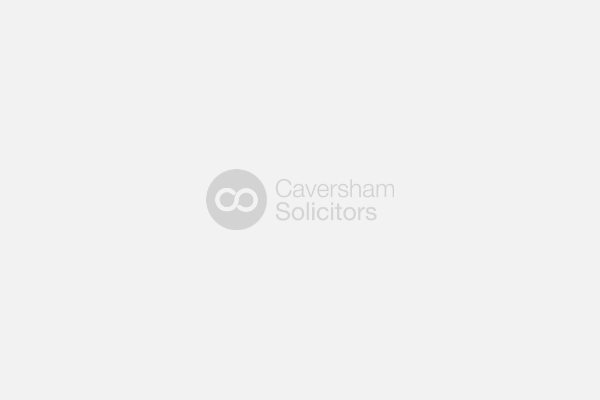 Our Private Client solicitor, Priya Sharma, took part in a women’s only 100 kilometres cycle ride on 6th September in...