Sometimes, things just don’t work out. Whether because of infidelity, differences of opinion or simply falling out of love, more than 130,000 married couples get divorced every year in the UK alone. While a lot of these proceedings are perfectly amiable, there are an equal number of difficult cases that require a lot more than court proceeding. Arguments over children, child support and money are common place in divorce court, and often require financial dispute resolution services, provided by solicitors, to proceed. In this article, we want to talk a little bit about the procedure for financial disputes in divorce, and how we can help ease the process along.

Mediation is the first step towards solving financial disputes in divorce cases, and often this is all that’s needed. If you are making a formal application to the court in respect of financial disputes in divorce, this is something you will legally be required to do.  Whether you can come to an agreement during this session or not, there are two fundamental concepts to the mediation process:

What The Court Considers

The laws around financial disputes in divorce are largely discretionary, which means it is up to the individual judge how your case turns out. They are not guided by mathematical calculations or tables, so when hearing a financial dispute case, the judge will have to take a number of factors into account in order to make their decision. These factors include:

Divorce court judges, while given discretion, are often driven by the principles of need, compensation and sharing. Assets accumulated during the marriage are often treated differently than those brought to the marriage from separate lives because of these.

Agreements can be made on financial disputes at any stage of the divorce process, even after court proceedings have begun. In order to process a financial dispute there are generally 3 court hearings. Before the first hearing, with a few exceptions, both parties will be ordered to attend a mediation session, where they will disclose their financial situations and discuss options. They must also both prepare a number of documents before the second hearing, including a questionnaire which sets out their requests for further financial information from the other party. The second hearing is called a Financial Dispute Resolution Hearing (or FDR for short), and in this hearing each party negotiate and try to reach a settlement. The judge will give guidance, which though it is not binding, often encourages settlement. If, however, a settlement can’t be reached in the FDR, then the third and final hearing takes place. Each party gives their evidence and is cross examined, and at the end of this the judge makes a decision that is binding to all parties.

The time it takes each couple to reach a settlement largely depends on the reason for their divorce and ability to communicate. Some couples only need mediation sessions in order to reach a matrimonial dispute resolution, while others may run through the entire court process, which takes between 12-18 months. At Caversham Solicitors, we help couples through each and every step of the process as quickly and agreeably as possible. For more information on our family services, or to book an appointment with one of our experts, get in touch with us today.

4 Things You Didn’t Know About Wills

Wills can be a depressing subject, and it’s not surprising that most people would rather not think about it.... 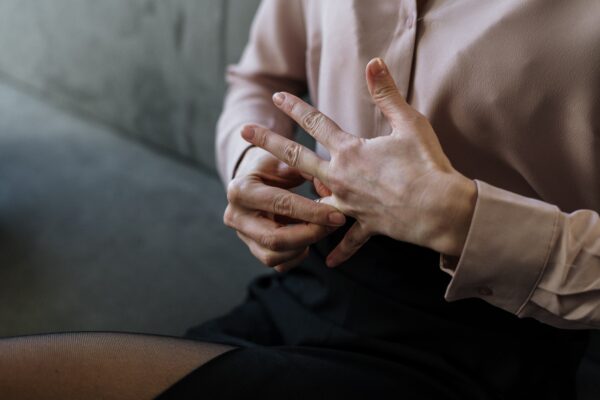 Dealing with Children Matters During Separation

Although traditionally a time to celebrate, the festive period brings difficult times to families more often than not. Did...

What to Do When You Lose a Loved One This Winter

At this time of year, it is more important than ever to look after the elderly and make sure...